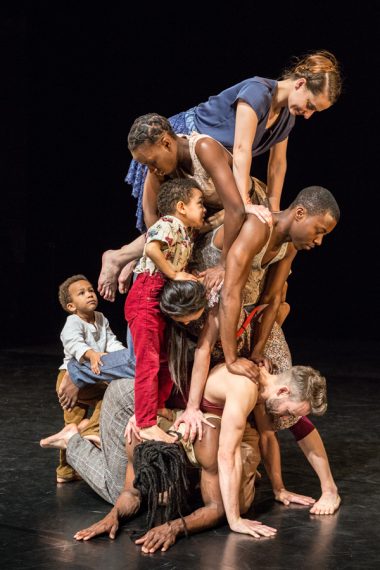 Founded in 2007, Barrowland Ballet is now one of Scotland’s most exciting and successful contemporary dance companies built around the artistic work of choreographer Natasha Gilmore. The company produces high quality, accessible dance theatre performances which tour nationally and internationally to small and mid-scale venues. The work’s themes are delivered with wit and humour, and the insightful observations of human behaviour are rooted in her personal stories.

Barrowland Ballet’s work has gained critical international acclaim performing in festivals and venues across the world. In 2017, Natasha Gilmore was the UK nomination for the ASSITEJ Award for Excellence for her work for young audiences including Little Red (7+), Whiteout (12+) Tiger Tale (7+) and Poggle (6 months – 4 years). The company also have a repertoire of intergenerational, short dance films including Loose Leaf Tea, Whiteout, Wolf and most recently Strings.

Alongside the company’s professional work they produce high quality participatory performance projects; the two are inter-dependent with one inspiring the other. Participatory projects include intergenerational performances Wolves, The River (Commonwealth Festival 2014) and Bunty & Doris. The company also runs Wolf Pack a free, intergenerational company in Glasgow with participants aged 7-80 years old.

What people are saying

Barrowland Ballet is a company limited by guarantee with charitable status.

Natasha Gilmore is the founder and Artistic Director of Barrowland Ballet, one of Scotland’s most exciting and successful contemporary dance companies.

You can read her full biography here.