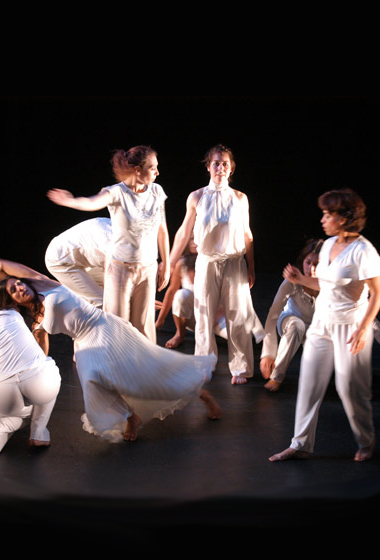 The group led by Barrowland Ballet, provides opportunities to learn and develop skills in contemporary and traditional dance, music, singing, and theatre production. Leading up to creating and performing productions at national events and festivals.

I am the soil from which they came, 2016, Refugee Festival Scotland, Seeds of Thought, CCA, Glasgow.

Dannsa BBC Alba, created for and featured in a BBC Documentary, performed at Tramway.

To Glasgow With Love, 2006 performed at Gilmorehill G12 and St. Bride’s Edinburgh.