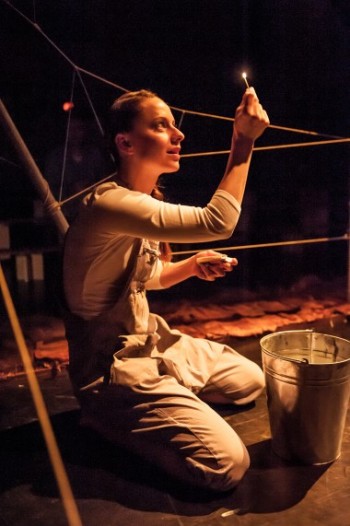 Something wild is prowling. She can hear it through her bedroom walls, but her mum and dad seem stuck in the dull routines of their everyday lives. Until one day the wild breaks in and everything changes.

A troubled family’s world turns upside down when a tiger invades. It’s chaotic, it’s dangerous but brilliantly funny as the tiger reignites the family’s love for one another. With captivating dancers enjoy the thrill of sitting right up close to the action and the chance to explore the set at the end.

What the press are saying

The Enchantment Festival, The Netherlands (October 2015)